Willoughby Lake is a scenic body of water located in the northern Vermont town of Westmore, nestled between two mountains, Mt. Hor and Mt. Pisgah. In earlier years, the region was a well known and popular destination with several large tourist hotels and much to see and do. But what of the Willoughby Lake Monster and other oddities?

On August 14, 1868, the story of a “lake monster” appeared in the Caledonian newspaper. “It is reported that the great water snake at Willoughby Lake was killed Wednesday of last week by Stephen Edmonds of Newport, VT., a lad of twelve years. Rushing boldly upon the monster he severed its body with a sickle. On actual measurement the two pieces were found to be 23 feet in length.”

Perhaps the “monster” could have been a huge eel. A local resident, P.M. “Bun” Daniels of Westmore said that eels have been caught near Gilman Tavern, but none of them would have reached anywhere near the proportions reported by young Stephen Edmonds.

According to local folklore, there is an underground passageway between Lake Willoughby and Crystal Lake in the nearby town of Barton. One local legend states that many years ago, a team of horses crashed through the winter ice on Lake Willoughby only to be found months later during warmer months in Crystal Lake, several miles away.

Was the Hayden Family of Albany, Vermont Cursed and Doomed?

The Ghosts of Lake Bomoseen

by Scott Wheeler Thank you for reading this post, don’t forget to subscribe! The August issue of Vermont’s Northland Journal included an article about the zoo that was located for a time at Crystal Brook […]

Winter in Vermont is a magical time of the year The air becomes crisp and cool as Christmas approaches. This article lists some winter activities in Vermont that I recommend. Winter is a perfect time […] 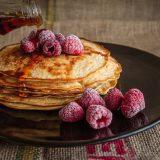 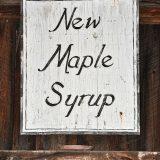